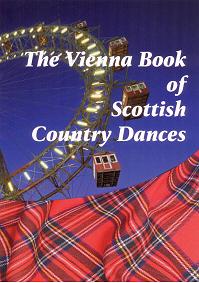 To celebrate its 20th founding anniversary the Vienna Branch published in 2009 The Vienna Book of Scottish Country Dances containing dances (partly with tunes) devised by members and friends of the Vienna Branch of the RSCDS (see below).

The Vienna Book can be obtained via TACbooks, Leeds Branch shop, Boston Branch bookstore, or directly from the Vienna Branch (please contact our treasurer).

There are no Kangaroos in Austria (Advanced version) recorded at the 20th Anniversary Weekend in Baden near Vienna in 2009.